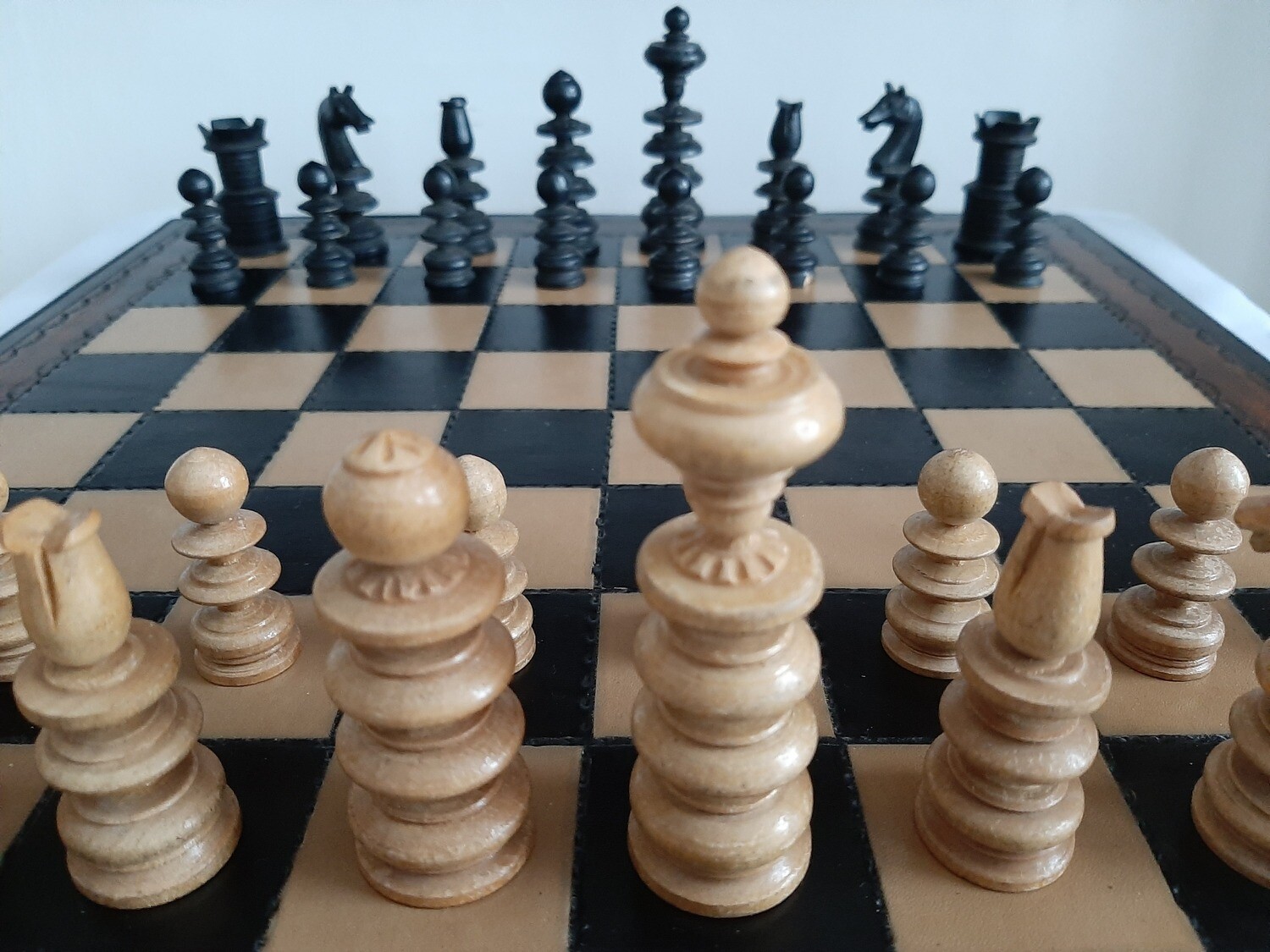 St George style pieces were mostly produced in England and became very popular during the 19th century. That said, judging by the Knight, i would guess this one is German.

The condition is good for the age and there are a couple of chips, on both White Knights left ears. A small chip on a base of a black pawn too. The box is a bit worn too but still beautiful.

The board is not included in the price.

Photos are an important part of the description, please take a good look at them.

Save this product for later
Display prices in: EUR